Private Villas that Serve a Purpose

Private Villas that Serve a Purpose

Cottars Safari Service has hand selected private villas in key biodiversity and conservation areas for an exclusive high-end private wildlife stay.  Villa choices in Kenya include Cottars Bush Villa in the Masai Mara which has won the best private villa in Africa and is a Global Ecosphere Retreat; Ol Jogi, a luxury residence with exclusive use of a 58,000 acre private ranch; Lengishu, located in the 32,000 acre Borana Conservancy, the country’s newest and most successful rhino sanctuary, or to one of the Alfajiri villas located at Kenya’s Diani coastline.

Complement Kenya with private villa stays in other African countries including a stay at your own private Thanda island located in the Indian ocean off of Tanzania to Tarkuni Homestead, once the Oppenheimer family home at Tswalu, or the Moste, both located in southern Kalahari, Korannaberg Hills to Deckenia, in Praslin, Seychelles.

These villas offer exclusive use for maximum privacy and exclusivity.

A contemporary, elegant private villa, the only real luxury private villa in the Masai Mara, Kenya. Cottar’s Bush Villa won the World Travel Award for Africa’s Leading Luxury Private Villa 2016 and is Global Eco-sphere Retreat accredited. The award-winning villa borders the latest addition to the ‘7 Wonders of the World’, the Masai Mara and Serengeti game reserves. The Bush Villa provides a luxury private stay option for 10 guests and comes complete with its own private 25-meter swimming pool. Offering an abundance of wildlife, a guarantee of privacy, and the highest standards of professional guiding in a luxurious and elegant safari environment.

The villa was designed by Louise Cottar and built by hand using indigenous and eco-friendly materials. The villa is managed within the same area as Cottar’s 1920s Safari Camp, and guests can enjoy the same levels of service and standard for which the camp is known. For those that want absolute privacy in the Masai Mara, combined with dedicated and discrete staff, award-winning guides, and an abundance of wildlife, Cottar’s Bush Villa offers the only real private luxury home in the Masai Mara.

Cottar’s Bush Villa has a breathtaking view onto the savannah plains that carry the great annual wildebeest migration and is set amidst a backdrop of the Olderkesi Hills. Guests can enjoy privately guided game drives, night game drives, bush walks, swimming and fishing. Cottar’s Bush Villa is rented only on an exclusive basis and comes with a dedicated staff of 8. The villa is over 10,000 square feet in size and features a large living room, dining room, a magnificent viewing deck, and 5 en-suite bedrooms, all with stunning views. The villa has internet access throughout, satellite TV and DVD, and is powered with electric and solar energy. A dedicated game drive vehicle(s) and guide(s) are provided to guests throughout their stay.

We will arrange all your ground transfers and flight details in Africa. Please note that you will need to arrange your own flights to and from Africa. 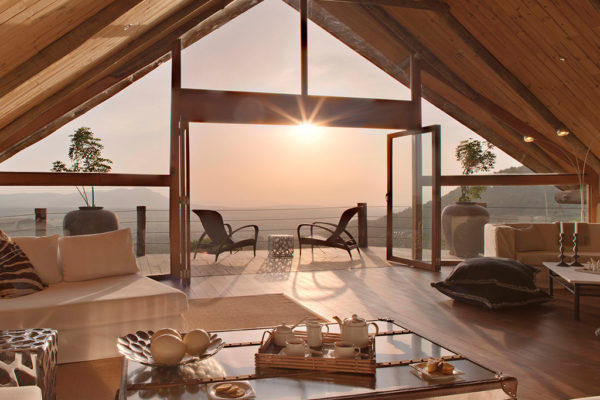 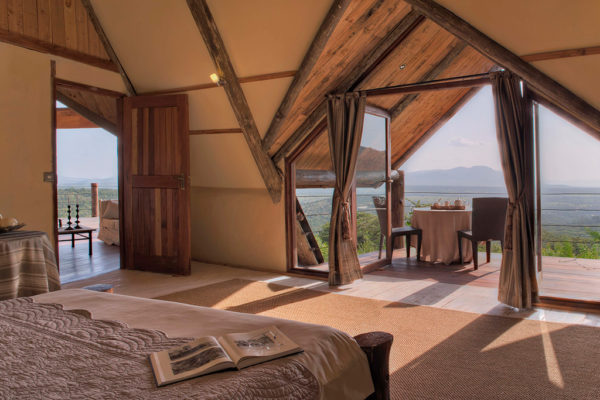 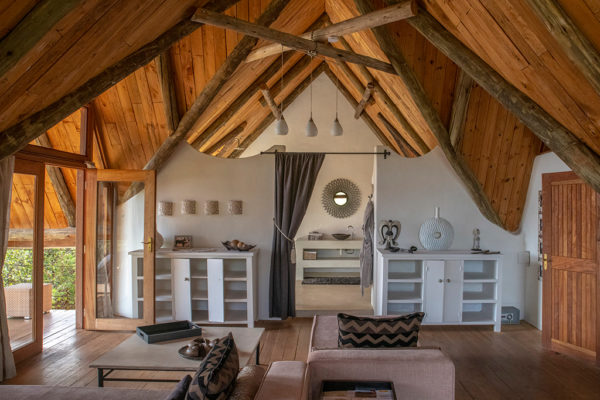 Lengishu is an exclusive-use family home offering unparalleled luxury accommodation in Laikipia at the heart of Kenya’s 32,000 acre Borana Conservancy, the country’s newest and most successful rhino sanctuary Nestled into a ridge with stunning views across the Laikipia plains and deep into the Northern Frontier, Lengishu is a luxury home for up to 12 guests, offering sustainable tourism and safari adventures in one of Kenya’s leading wildlife destinations.

With friendly staff to cater for your every need, Lengishu offers the freedom to choose your own itinerary, not bound by the constraints of other safari lodges. It features six beautifully appointed bedrooms within four cottages, which are situated apart from the main house. All rooms face East over the valley below, offering spectacular sunrise views. Fish Eagle and Goshawk are standalone double rooms, perfect for couples. The Upper and Lower Cottages work well for guests travelling with young children or couples on safari together, with the bedrooms leading off a shared sitting room that is found at the centre of the cottage.

All bedrooms are spacious with fireplaces or wood-burning stoves for the cooler evenings and have en-suite bathrooms with rain showers and freestanding copper bathtubs. Floor to ceiling windows provides majestic views of the undulating plains beyond, perfect for bathtub game viewing. 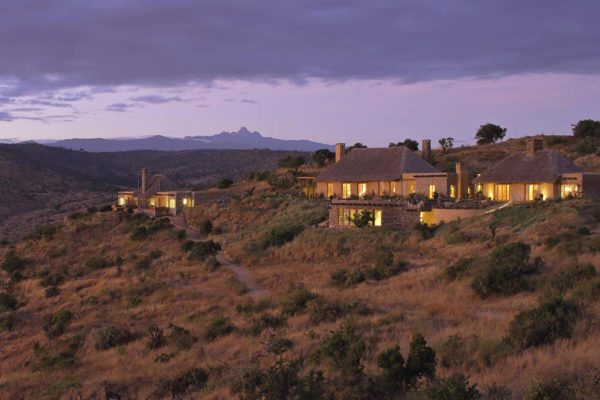 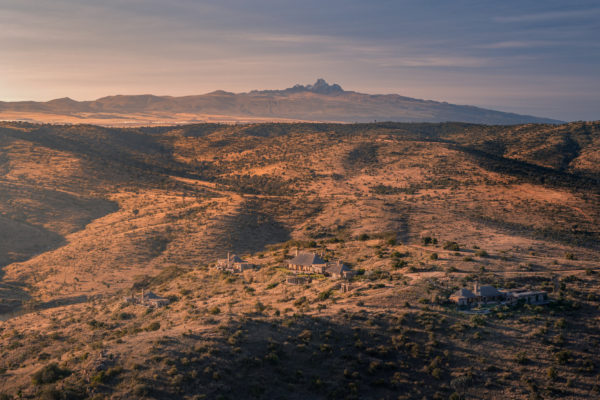 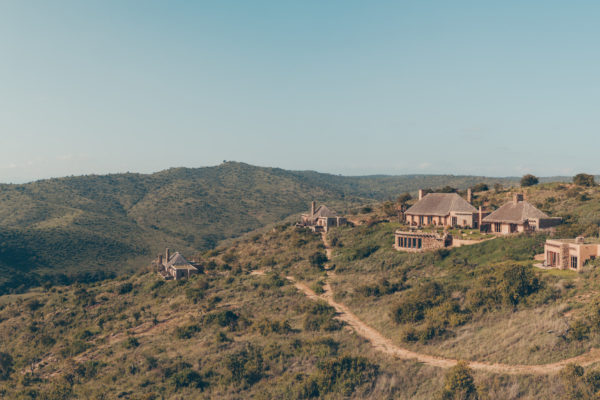 Considered by many as the finest Villa on the East Africa coast, the Cliff Villa overlooks the Indian Ocean and its elevated position ensures privacy and stunning view. The concept is as you please! Private dining is a la carte, served al fresco or in your villa – your choice, as too is the cuisine.

Up to 8 guests can be accommodated in 4 bedrooms, as size and interior decor in the rooms are not the same, the Cliff Villa would not be suitable for 4 couples, but ideal for families. The turret suite has 270- degree view of the sea and must rate as one of the top five most romantic bedrooms ever, on the first floor we have 2 double rooms with their private veranda and 1 twin room on the ground floor.

Alfajiri boasts a range of activities; golf at a nearby 18 hole Golf course, Kite surfing, snorkelling, diving, safaris – even docile whale sharks in the ocean and the elephants in the hills are there for the asking. 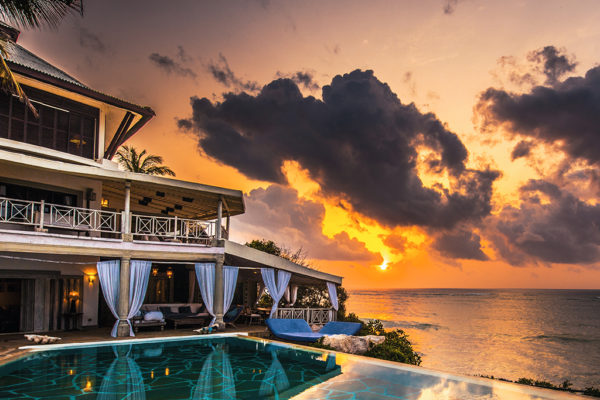 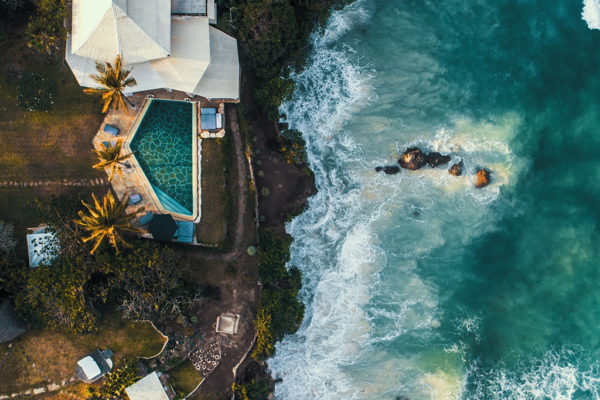 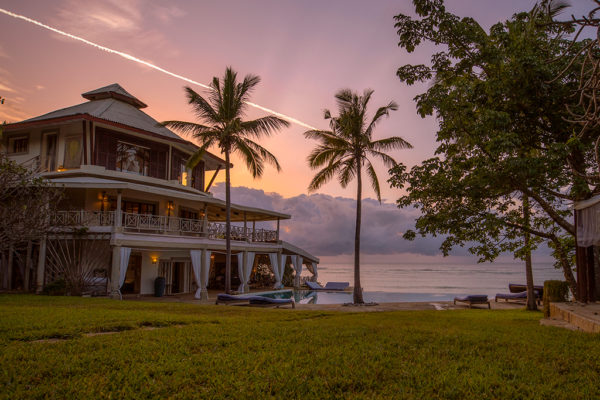 Thanda Island is one of the world’s most exclusive island getaways, a paradise for guests to enjoy in complete privacy with family and friends. One private villa with five suites accommodating ten adults plus nine additional children sharing. On request, there is an option to accommodate up to four guests each in two traditional Tanzanian Bandas (double-storey beach chalets).

8ha in size, 1,1km in circumference and 350m wide, the Island is surrounded by coral reefs which protect it from stormy seas. Situated within Tanzania’s Shungimbili Island Marine Reserve, the surrounding seas are home to the gentle whale shark, sea turtles, dolphins and dugongs.

Depending on the season, guests may be able to watch turtles nesting and their eggs hatching. Five species of marine turtles occur in Tanzania’s waters. These include green, hawksbill, loggerhead, olive ridley and leatherback turtles. Two species – green and hawksbill – have recently returned to nest on the Island. All are categorised by the IUCN as endangered or critically endangered species. The whale shark, the largest fish in the world, feeds just south of Thanda Island. Its size, gentle nature and tendency to swim at the surface at known sites make it a focal species for marine tourism. Guests are encouraged to rest, rejuvenate and enjoy a variety of water and island activities as they explore this remarkable sanctuary.

Thanda Island is situated within the Shungimbili Island Marine Reserve, and Thanda’s team is partnering with the Tanzanian Marine Parks and the leading NGO, Sea Sense, on a range of marine conservation and education programmes in the region. These include research and conservation projects on the sea turtles, dugongs, dolphins, whale sharks, coral reefs and marine reserves.

Thanda Island is more than an incredible destination. It is underpinned by a sincere and far-reaching commitment to the Tanzanian people. The Thanda Tanzania team is participating in a range of social upliftment programmes on Mafia Island, which has approximately 60 000 people.

The closest community village on Mafia Island is Ras Mbisi, 8 nautical miles from Thanda Island, and we are committed to the education of young people in sustainable resource utilisation, fish harvesting, marine conservation, and in the development of healthy, sporting activities, such as football. 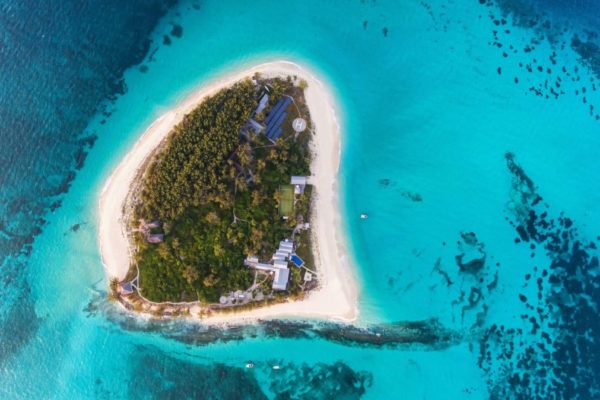 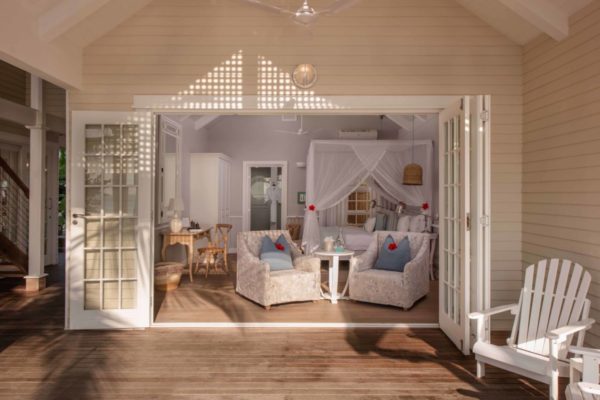 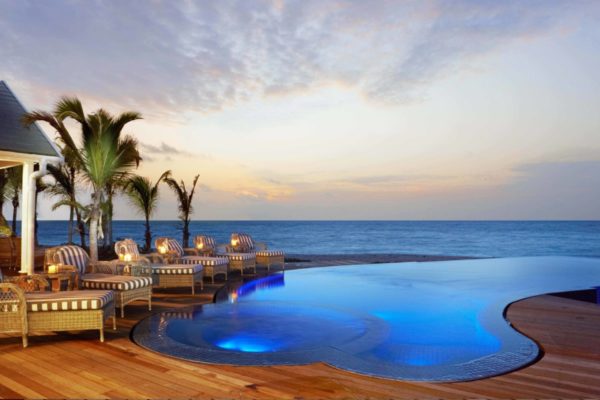 They have had guest feedback about their new Motse after a fabulous refashioning, and of course Tarkuni, their 5-bedroom homestead, which is available at pro-rata pricing starting with just four guests. Tswalu Kalahari is South Africa’s largest privately-owned game reserve, with a beautiful landscape of arid savannah and grasslands under conservation. They offer an intimate, enriching, safari experience with diverse and unique animal viewing paired with immersive activities. Tswalu is a founding member of National Geographic’s Unique Lodges of the World, and as such has a platform of philanthropic community and conservation projects guests can participate in. And they have Jan Hendrik van der Westhuizen, South Africa’s first Michelin-star Chef, inspiring the culinary program at Tswalu.

Tarkuni homestead is the ultimate private sanctuary, with a maximum of 10 guests in 5 suites, and includes a private spa, pool, fire pit area, indoor and outdoor dining spaces, and more. 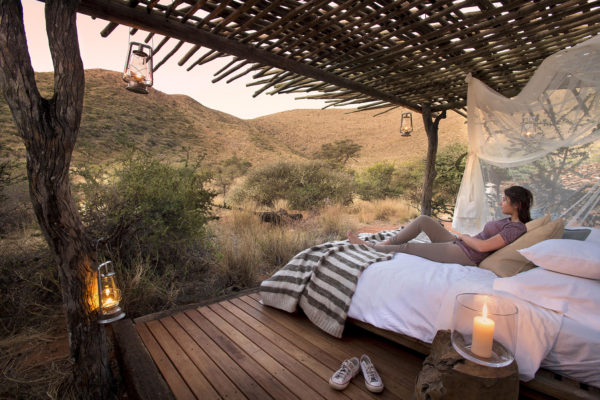 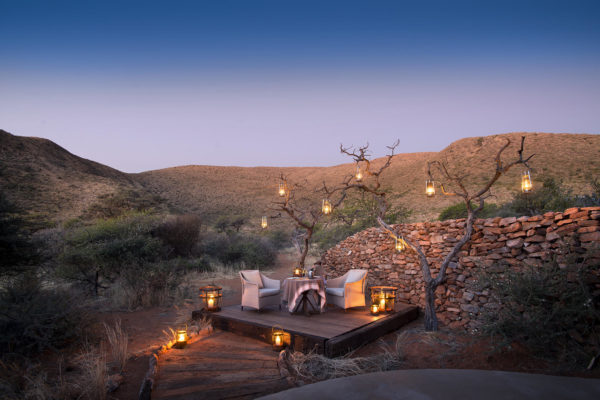 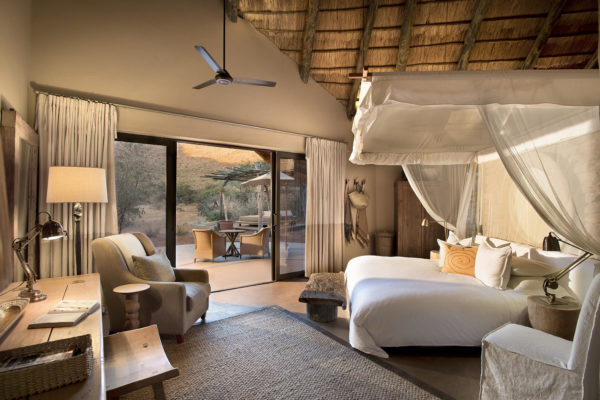 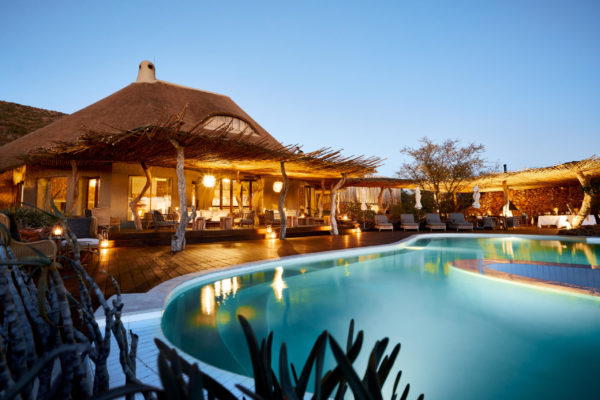 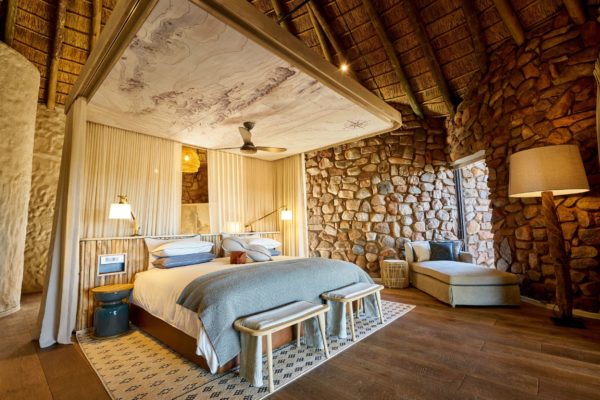 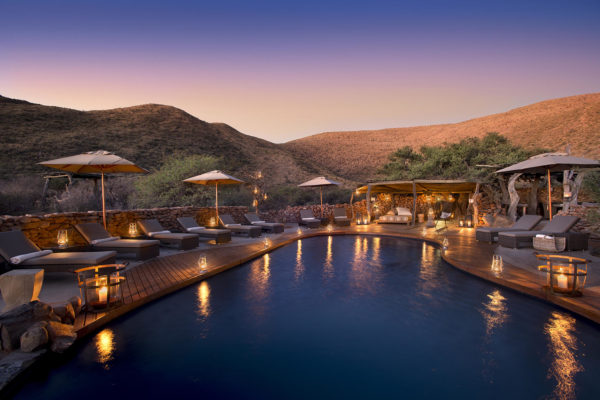 With the ocean in clear sight and the landscape looking like a painting, Deckenia welcomes you to its oasis of peace and serenity. Nestled on Anse Gouvernement beach, in Praslin, Seychelles, the villa of this sumptuous property opens out onto the sea and transforms itself into your shelter. Here, as the seasons pass by, time stops, nature takes over, and you will forget everything else.

It’s a 5 bedroom luxury villa with an infinity pool and two guest houses with a private pool. Ideal for accommodating large families or groups of friends, the villa and guest houses all offer beautiful views of the ocean.

World-renowned for its flora and fauna, its turquoise sea and heavenly beaches, the reputation of The Seychelles is second to none. Among the hundreds of islands that form the archipelago, “Praslin” is the most famous. A symbol of serenity and harmony with nature, it is home to a myriad of endemic species, especially in its “Vallee de Mai”, classified as a World Heritage Site. 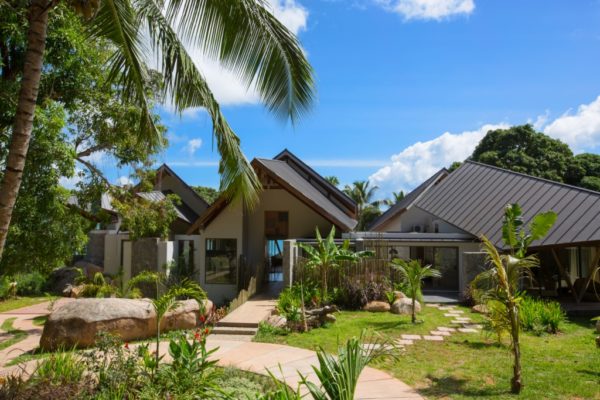 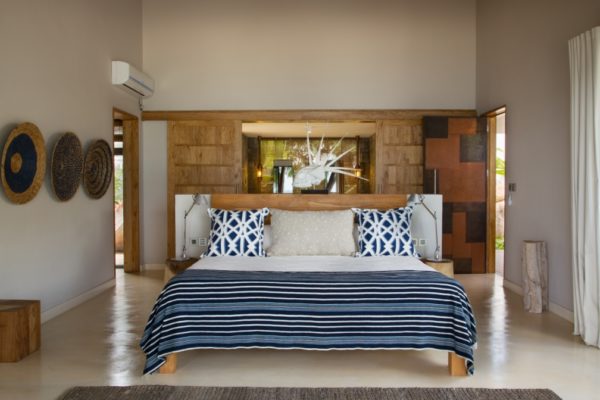